Are Red Wing Boots Made in the USA?

Red Wing Shoe Company has been a Minnesota-based footwear company since 1905, specializing in making comfortable, long-lasting boots for men and women. They produce over 200,000 pairs of quality boots per year and have been marked as one of the best work footwear brands. The company owns three other brands in addition to Red Wing: Irish Setter, Worx, and Vasque, all with their own unique styles and purposes.

This century-old footwear company is thriving to this day, always keeping in mind their target audience and their strong core values, which are about changing people’s lives through their work. Please keep reading to find out more about the Red Wing Shoe Company’s history, manufacturing, and best qualities.

Charles Beckman, the founder of Red Wing Shoe Company in 1905, had a vision. And that vision was to enrich and alleviate workers’ lives in farming, mining, and logging by wearing Red Wing’s comfortable footwear. And now, over a century later, this company is still thriving and manufacturing new and innovative footwear for its customers.

The now CEO, Mark Urdahi, believes that the most incredible part of Red Wing Shoe Company is that it is privately held, so they can focus on delivering quality products and services as well as make the right investments for their employees. Red Wing Shoe Co. is the only footwear company that is transparent about the whole product cycle, from craftmanship and manufacturing to retail. Their world-class testing lab in Minnesota and their exemplary retail strategy give way for them to produce high-quality products and get feedback from their customers.

In 1917 Red Wing Shoe Co. made footwear for soldiers in WWI, and by 1926 they started manufacturing comfortable footwear for women too and quickly became a top seller. And in just two short years, they introduced safety footwear specifically designed for heavy industries, which marked them as one of the best-known safety footwear manufacturers.

The most important part of a quality work boot is the steel toe which protects workers from injuries while working in hazardous environments. In 1934, “Steel Toe Footwear of Red Wing Co.; Style #234” became the first product to include a protective steel toe, which was a significant advantage for workers in many industries.

Many presidents and generations have led the company with their primary goal of making stellar footwear for work, changing people’s lives, and each leaving their own footprints to lead the new generations to a better tomorrow.

Are Red Wing Boots Made in the USA?

Yes, Red Wing Shoes first started as a shoe store in downtown Red Wing, Minnesota. As the business and company progressed, so did the retail stores in many places. There are approximately more than 500 Red Wing stores, with more than 700 legitimate retailers and 170 Mobile Shoe Stores. The Red Wing Shoe brand is firstly handmade in the USA with traditional construction techniques that use excellent materials that turn work boots into comfortable and durable.

While this is an American brand, there is still some Red Wing footwear made overseas: brands like The Irish Setter Boots or Vasque and Worx. However, the “Heritage” line is entirely made in the USA, and they produce different footwear for men and women.

How Are Red Wing Boots Made?

There are two types of construction that are used to make the boots: Goodyear welting and stitchdown. It takes more than 230 steps to produce each pair of Red Wing Boots by hand, but let us take you through the main six:

All of the Red Wing Heritage footwear is made from leather from their own tannery. The Foot Tanning Company in Red Wing, Minnesota, prepares the hides and soaks them in tree oils, dyes, and tanning agents in wood drums. After they’ve soaked, the leathers are rolled, dried, and stretched before being transported to their factory a mile down the road.

The shoemaking process of Red Wing footwear begins with cutting the leather for the boots. There are highly trained leather cutters who layout sharp cutting dies on large pieces of leather. Then they select the highest quality sections of leather, which takes artistry and experience that only professionals can do.

The selected leather pieces are now sewn together to form the footwear’s upper by sewing machine operators. The Puritan sewing machines that were used a hundred years ago for Red Wing Shoe Company are still used to produce high-quality work boots.

To form the precise shape of their footwear, the leather is pulled over a foot-shaped last, whose shape depends on the style of the footwear. After the leather is fully secure in the last, the shoe is then either welted or stitched down; the two types of constructions Red Wing Shoe Company uses.

To ensure that bottoming, the final step of the construction process, is perfectly completed, it is required that the outsole is stitched or glued to the midsole using proficient hand-eye coordination.

Before being packed into shoeboxes, all footwear must be inspected twice to ensure that everything is of high quality. Finally, each shoe is polished, cleaned, brushed, and finished by the shoe finishers team of Red Wing Shoe Company.

“Red Wings are nice enough to wear in an office environment with jeans, but strong enough to wear over a bed of nails. I’ve put them to the test in all types of terrain and they never cease to amaze me.”

This review of a highly satisfied customer is one of the many you can read online, and be assured that Red Wing Shoes are the perfect work boots or just everyday boots. The natural, rugged leathers used to make the boots are everyone’s favorite, along with the durable stitching or welting. There are some factors that go into making Red Wing footwear irreplaceable.

One of the main reasons why people purchase work boots is to have them last through tough terrains and work environments, and Red Wing Shoe Company does just that. The outsole of the boots is made either from a mixture of rubber and leather or just rubber, which is exceptionally durable and easy to maintain. On the edge of the sole, we have a Goodyear welt construction on most Red Wing boots, which makes them any type of weather-resistant. The midsole of the boots is harder, which leads to a longer break-in time for some, but this means that the boots’ lifespan is longer.

The Red Wing Shoe Co. takes their leather and stitching so seriously that they have two separate factories for each and only the best professional teams. All of the Red Wing boots are made from tanned leather at S.B. Foot Tanning Company – a quality producer of fine leathers in the USA for use in footwear and other leather accessories since 1872. The leather is tanned, stretched, rolled, and dried before transporting it to the other factory, where a professional cuts the leather and selects the finest pieces to use.

The Puritan sewing machine that Red Wing Shoe Co. uses is no longer made, so they have in-house repairmen to keep them sharp and fresh. Many styles of work boots are made to tend to different industries’ needs and style, using different types of constructions which makes them durable and comfortable.

One of the best qualities of Red Wing boots is their waterproofing. They waterproof many of their boots to ensure that your feet stay dry during all kinds of weather at your job, hiking, or everyday wear. The boots should also be maintained from time to time with a leather conditioner to ensure that they stay waterproof for as long as possible.

Red Wing Shoe Company is a proud American-owned and operated brand which attracts customers from all around the world with their high-quality leather boots and their constant dedication to providing high-performance footwear. If you are looking for work boots that will keep your feet comfortable throughout the day or just stellar-quality everyday boots, you should purchase a pair of Red Wing boots at one of their retail stores or shop online.

How to Tie Work Boot Laces: Ensuring Maximum Comfort Was Never This Easy 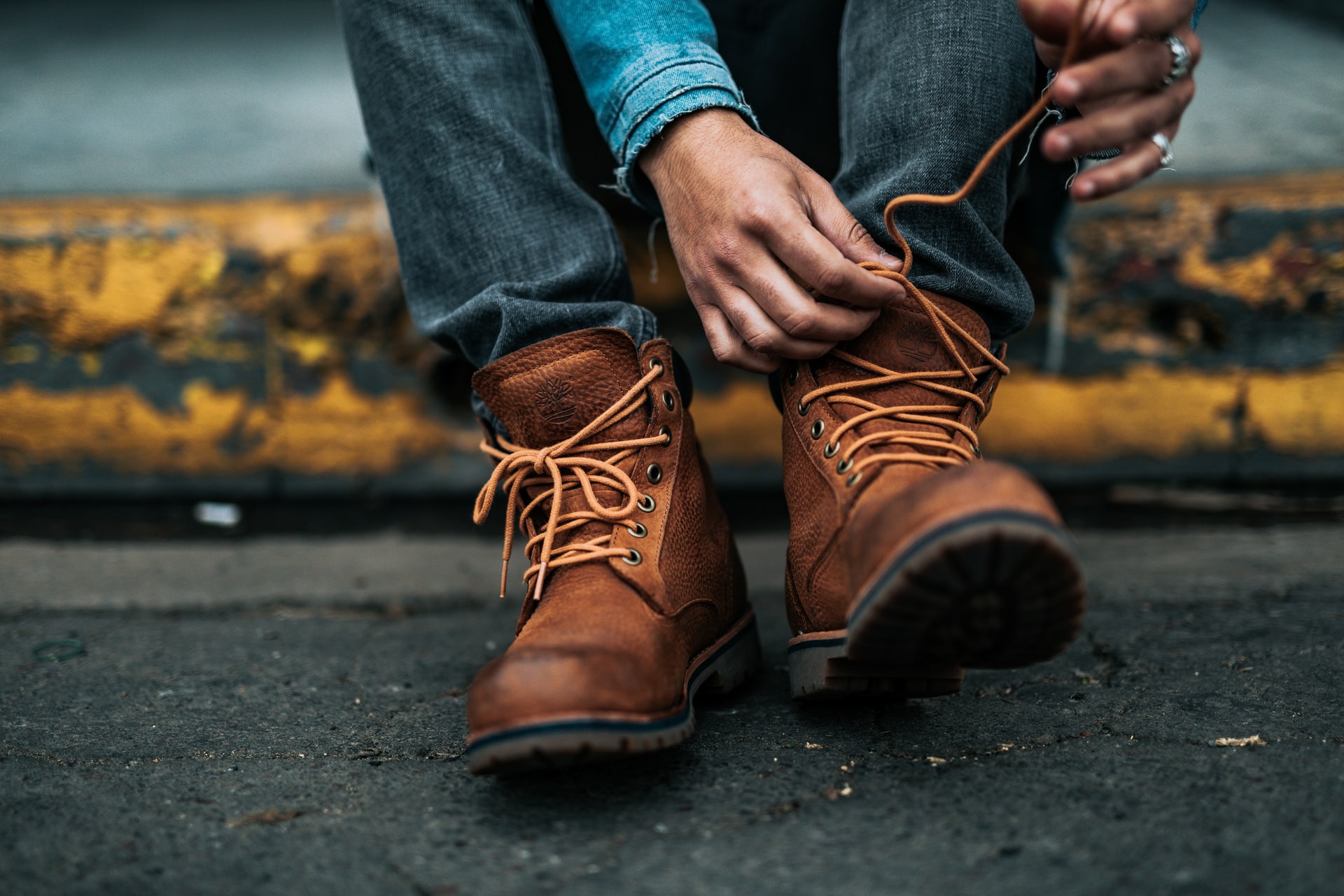 How to Break in Steel Toe Boots & Make Them Comfortable 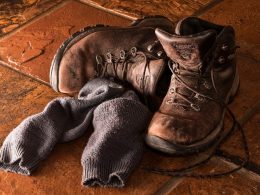 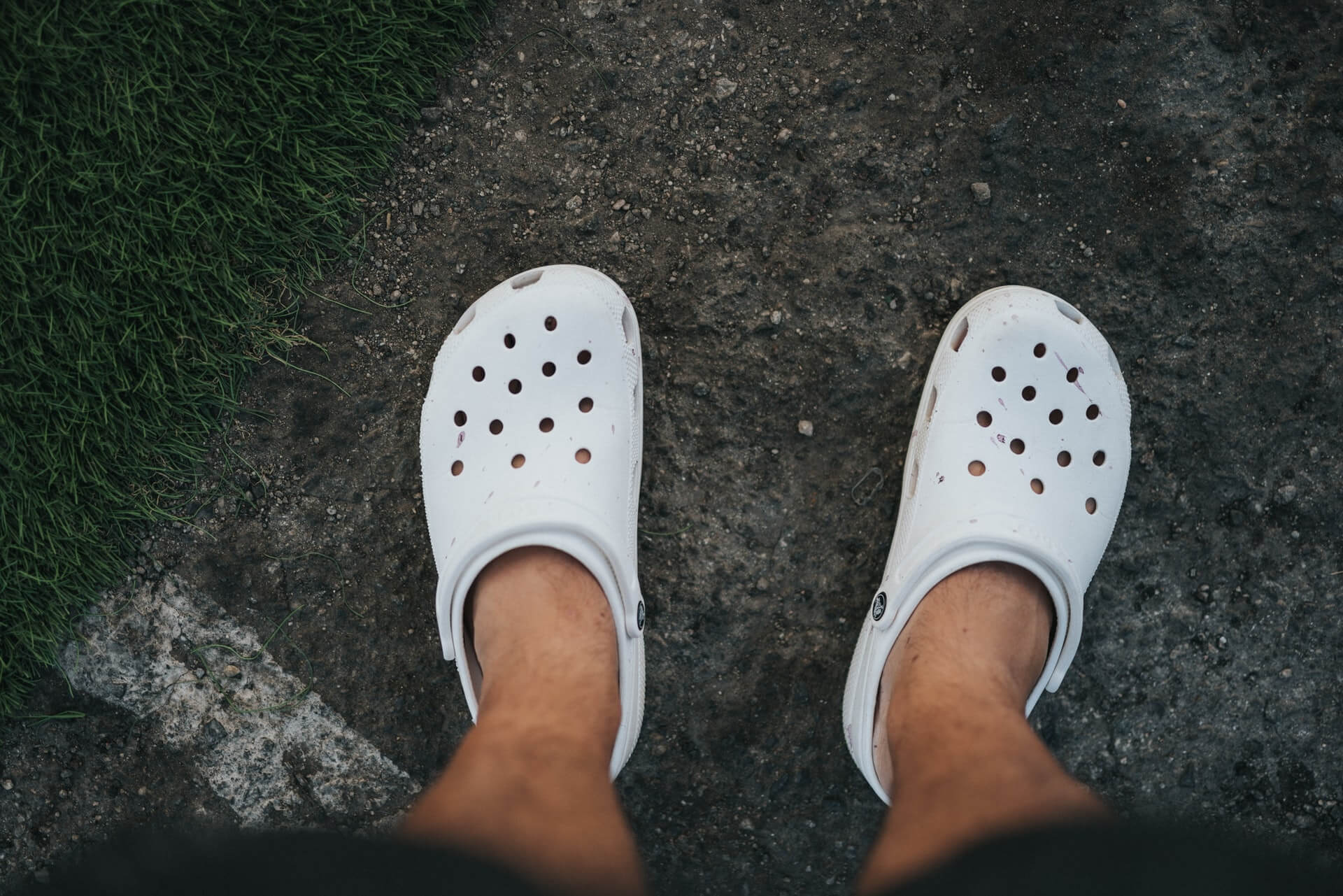